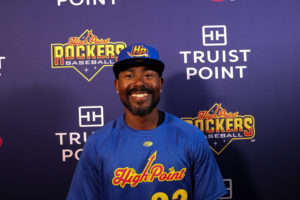 STATUS
• Rejoins the Rockers for the third consecutive season. Is one of just three Rockers starting the 2022 season after having been in the 2019 Opening Day line-up.